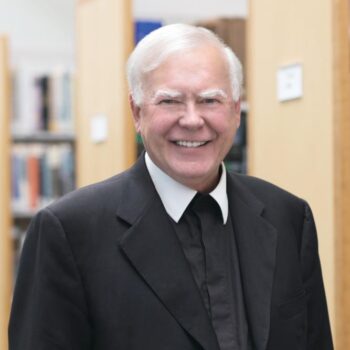 Brother Ronald Gallagher, FSC, Ph.D., serves as the Executive Director for Bethlehem University Foundation. As a Christian brother, teacher, and administrator for over 50 years, Brother Ron brings years of invaluable experience and expertise to the Foundation. Brother Ron has held a variety of leadership and teaching positions in the Lasallian world, most notable: Vice Chancellor of Bethlehem University from 1993-1997 and Secretary General of the Christian Brothers in Rome from 1997-2000.

Before joining the Foundation, Brother Ron was an Associate Professor of English at Saint Mary’s College of California from 2018-2020. His previous experience in academia includes: