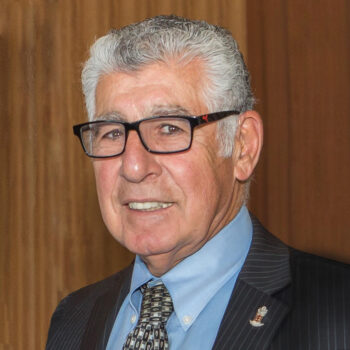 Ernie Nedder has had a long and storied career providing leadership to organizations and causes associated with the Catholic faith.

Before he agreed to serve as Bethlehem University Foundation’s Interim Executive Director in June 2021, Mr. Nedder served in the Diocese of Tucson in several leadership capacities, including as Executive Director of the Diocese’s Catholic Foundation. Among his accomplishments in that role, he raised significant funding for a new Diocesan Center, built a dynamic fundraising team, and recruited and oriented an active board of directors. He also served as Chancellor for the Diocese and as Corporate Alliance Facilitator of its Catholic Tuition Support Organization.

Earlier in his career, Mr. Nedder built a highly successful publishing house that produced religious education material. Starting in 1979, he oversaw the growth of Brown-ROA into a major Catholic publishing organization, with a religious education division and distribution agreements around the world. The company was eventually purchased by Harcourt Brace in 1994. More recently, he launched and directed ETNedder Publishing, a company focused on producing practical resources for religious educators, including some of the first electronic Bible games and books on the lives of Saints, in both English and Spanish. In 2009, he sold the company to Paulist Press.

Mr. Nedder has been highly active in various community organizations, including service as a board member for two parochial high schools and a local chamber of commerce, and as president of the Dubuque Area Christians United, among other activities. Having earned a B.A. at St. John’s Seminary in Boston, Mr. Nedder went on to earn his S.T.B. at Catholic University, in Washington, DC. Later he earned an M.A. from Boston College, and an M.Ed. from Emmanuel College in Boston.

Ernie is a member of the Equestrian Order of the Holy Sepulchre. He and his wife, Kathy, have served as area Councillors in the past. Ernie and Kathy have been married 53 years. He is the father of four children and has nine grandchildren.

Mr. Nedder has been a long-time supporter of Bethlehem University, having visited the campus and helped establish an endowed scholarship at the University.