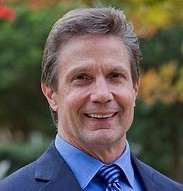 As Bethlehem University Foundation’s new Executive Director, Joe Bock will be returning to the Holy Land. He was previously Country Representative for Catholic Relief Services (CRS) in Jerusalem/West Bank/Gaza.  He worked for CRS for eight years.  He also served as CRS Country Representative in Islamabad, where he built a partnership with the Irish Catholic agency, Trócaire, securing major in-kind and financial support from the European Union.

Joe represented CRS on the Working Group on Reconciliation of Caritas Internationalis, based in Vatican City.  He also represented Catholic Relief Services with the Interfaith Hunger Appeal in New York.

Joe is graduate of Archbishop O’Hara High School of Kansas City, Missouri, which was founded and run by the De La Salle Christian Brothers.  After high school, he was a volunteer with the Diocese of Gallup, New Mexico, building traditional dwellings with Navajos. During his Master’s in Social Work Program, he did his practicum at Catholic Charities in Kansas City.  He then completed a PhD in International Relations at American University in Washington, DC.

Joe internalized the Lasallian emphasis on social justice, leading him to run for public office. He served in the Missouri General Assembly for six years, where he eventually became Vice Chair of the House Commerce Committee, and Chair of the Energy and Environment Committee.

Joe has stewardship and reporting experience. He was Founding Executive Director of the Secure World Foundation and Arsenault Family Foundation (now One Earth Future).

Joe’s fundraising experience includes securing major gifts at Catholic Relief Services, American Refugee Committee, and Haverford College. At American Refugee Committee, he restructured their Development Department, resulting in a financial turn-around. He led a staff that raised approximately $28 million per year primarily from the U.S. State Department and U.N. High Commissioner for Refugees, but also from private donors and foundations. They also secured bi-lateral aid from the governments of Germany, Ireland, and the UK.

As Vice President at American Refugee Committee, Joe oversaw operations with approximately 1,500 staff members in 13 country programs in Africa, Asia and the Balkans.

Most recently, Joe was the Founding Director of the School of Conflict Management, Peacebuilding and Development at Kennesaw State University, where he secured a grant from the American Arbitration Association-International Centre for Dispute Resolution Foundation and negotiated a sub-contract with a major US Government contractor. He and his wife were volunteers with Inspiritus (of the Lutheran Church) to assist with refugee resettlement in Greater Atlanta.

Before that, Joe was on the faculty at University of Notre Dame, where he started an MS in Global Health program and secured a stock-gift for the Notre Dame Haiti program. Joe also volunteered with a medical mission of the Order of Malta to the Dominican Republic.

Joe was a candidate for the U.S. Congress while on the faculty at Notre Dame. He raised hundreds of thousands of dollars in campaign contributions.

Joe is familiar with social media and has expertise in the use of Information and Communication Technologies. He has published in both peer-reviewed journals and in the popular media. He is the author of three books, the most recent of which was published by MIT Press in 2012. He blogs periodically on MIT Press’s website.

Joe is a practicing Catholic and has benefited greatly from his ecumenical marriage to Sue Lyke. They enjoy kayaking.