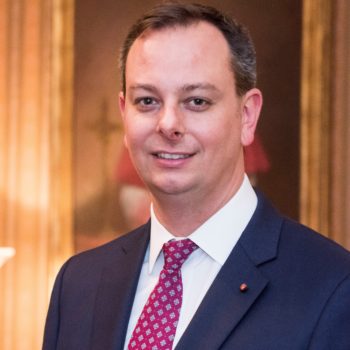 John is a double graduate of the Catholic University of America, having received his Bachelor of Arts in History and his Juris Doctor from the CUA Columbus School of Law. John is a member of the Bar Associations of the State of Florida and the District of Columbia.

In addition to his duties as Executive Director, John is General Counsel of the Eparchy of Saint Maron of Brooklyn. He is a Knight of Columbus and a Knight Commander of the Equestrian Order of the Holy Sepulchre of Jerusalem. He is a member of the John Carroll Society, the Federalist Society, and an elected member of the Board of Directors of the Lasallian Foundation.

John and his wife Caitlin reside in Washington, D.C.