The Bethlehem University Foundation today announced the appointment of Ernie Nedder as the organization’s interim Executive Director, effective immediately, as the Board continues its search for a permanent Executive Director. 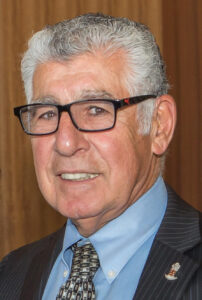 Mr. Nedder brings a rich background of publishing, fundraising and consultancy. He has visited Bethlehem University and helped establish an endowed scholarship at the University. Previously, he served in the Diocese of Tucson as Chancellor as well as Executive Director of the Diocese of Tucson Catholic Foundation. He was instrumental in raising $20 million for a new pastoral center for the Diocese.

“During this time of transition,” notes the Foundation’s Board Chair Sr. Irene O’Neill, CSJ, Ed.D, “Mr. Nedder will provide a steady hand to further the mission of the Foundation.” For his part, Mr. Nedder plans to work closely with donors to the Foundation, expand its donor base and strengthen its ability to help address the University’s substantial funding challenges.
Headquartered in Beltsville, Maryland, the Bethlehem University Foundation is a 501(c)(3) organization whose sole mission is to support and promote Bethlehem University, located in Bethlehem, Palestine. The university itself was established in 1973 by the Holy See, under the charism of the De La Salle Christian Brothers, to assist in the higher education of Palestinian students.