Welcome Helena F. Christine and Ann S. Dickson to the Foundation’s Board of Directors 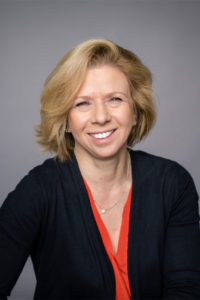 As a joint venture between the De La Salle Christian Brothers and the Vatican, Directors of the Bethlehem University Foundation, once elected to the Board, must be confirmed by the Superior General of the Christian Brothers and the Cardinal Prefect of the Congregation for the Oriental Churches. Helena and Ann’s election was confirmed earlier this week.

Reflecting on the election, Sister Irene O’Neill, Chair of the Board of Directors said, “The Foundation is honored to welcome Helena and Ann to the Board. They bring years of professional experience and personal support to the Foundation. The Board is very fortunate to have both women join in our ministry of supporting and promoting Bethlehem University in the Holy Land.”

Both Helena and Ann are Patrons of the Bethlehem University Foundation and are Dames of the Equestrian Order of the Holy Sepulchre of Jerusalem.

Their terms will commence in November of this year.

Read more about the new directors below. Information about the Board of Directors is available here: bufusa.org/buf-board-of-directors/.

She and her husband Brian are members of the Southeastern Lieutenancy of the Equestrian Order of the Holy Sepulchre of Jerusalem and are Patrons of the Bethlehem University Foundation.

Mrs. Ann Dickson:
A retired civil servant, Ann Dickson plays an active role in the charitable works of the Diocese of Tucson, Arizona, and other Catholic philanthropic organizations. She holds a Bachelor of Arts in Chemistry from Emmanuel College, an MBA with a concentration in Finance from Virginia Tech, and a Master of Arts in Pastoral Ministry from the University of San Francisco.

Ann worked for the U.S. Department of Defense in various offices as a Program/Budget Analyst and Program/Budget Officer (1963-1999). She was the Catechumenate Director at St. Andrew the Apostle Parish in Sierra Vista, Arizona (1999-2008). Ann is a Dame Commander with Star of the Equestrian Order of the Holy Sepulchre of Jerusalem and is the Justice and Peace Coordinator for the Tucson Section of the Western Lieutenancy. Ann was instrumental in creating the Most Reverend Sir Gerald F. Kicanas KC*HS Endowed Scholarship at the Bethlehem University Foundation.

Ann received the “Archangel Award” of the Western Lieutenancy for her work in establishing the endowed scholarship.

Ann is a Patron of the Bethlehem University Foundation