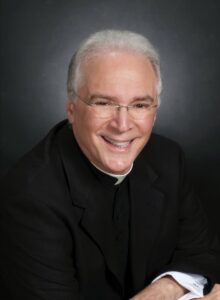 In the fall of 1987, as a recently ordained priest for the Diocese of Albany, I was invited by a local travel agency to a “familiarization (FAM) tour” of  the Holy Land. I seized the chance to take this inexpensive trip not realizing it would be a pilgrimage of a lifetime through this sacred land and into the heart of its people.

An elder mid-western priest on the trip invited me to visit with a local Palestinian leader that he was instructed to meet by a friend back home. This lay woman, who I dubbed as the “Mother Teresa of East Jerusalem,” took us to the site of her confiscated family home and business in West Jerusalem which remains the site of a hotel to this day. Members of refugee camps, she introduced to us, shared their stories of occupation that included harassment, woundedness and imprisonment. We visited different Christian charities that provided care for children, seniors and the disabled. We delighted in ethnic foods and fellowship in meeting her local family members and colleagues working to secure justice for the people of Palestine. Frankly, I was unaware of life here until now.

During the first two weeks of my return home you could often find me on my knees, in tears, before the Blessed Sacrament. I did not understand what was causing this sense of desolation. I was most grateful for the blessings of the pilgrimage but I was also overwhelmed with a profound grief that lead me to my spiritual director asking why I was so moved to these tears of sadness. “What is happening to me,” I asked. In listening to my story he said to me that I had a conversion experience in the Holy Land. I asked, “How did I turn away from sin?” He replied that there are two kinds of conversion: changing one’s life in turning away from sin and the other is when one’s life is changed in experiencing the face of God in others—especially the oppressed. He told me that I encountered the incarnate God in the “living stones” of the Holy Land.

This exchange inspired me to share the hope I witnessed. I, too, now wanted to contribute to the prospect of justice and peace in this part of the Middle East. I joined the Equestrian Order of the Holy Sepulchre of Jerusalem, whose mission is to “support the Christian presence in the Holy Land.” I shared my experience with local church groups, sponsored a seminarian in Latin Seminary of Beit Jala (through the CNEWA) until his ordination and facilitated several pilgrimages to the Holy Land. I sold hand-made  cloth nativity figures, crafted by women of the East Jerusalem YMCA, and facilitated the sale of olive wood products in my parishes to benefit the crafters.

To my good fortunate I secured permission from our Diocesan Missionary Cooperative Appeal Office to invite priests from the Latin Seminary of Beit Jala to make summer appeals. One summer that followed this appeal a local reporter for our diocesan newspaper, who knew of my interest in the Holy Land, introduced me to an Albany native and De LaSalle Christian Brother Jack Curran, then VP for Development at Bethlehem University (BU). Through him I learned that I could more directly assist students at BU with an annual scholarship.

A few years later 100% percent of the profits of a small book of humor I compiled, courtesy of the Order Sons and Daughters of Italy/NY Grand Lodge,  contributed to my fund together with monetary gifts on the occasion of my 25th anniversary of ordination. This followed my invitation to join the Board of Directors of the BU Foundation where I served for ten years. It was here I met several more impassioned Christian Brothers, fellow Directors and supporters who were committed in working to promote and sustain the BU family.

Following my retirement from the foundation I was informed that the board voted to induct me as an Honorary Patron. The Patrons of the Bethlehem University Foundation are generous men and women who make a gift to the foundation’s endowment. By their investment into the future of the foundation, they create a perpetual legacy of support for the university. This great honor simultaneously humbled and afforded me the joy of  remaining a part of the BU Foundation mission in promoting Bethlehem University as “a beacon of hope and oasis of peace.”